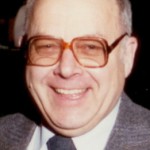 Howard was a 1944 graduate of Grimes High School in Grimes, IA and a 1958 graduate of Iowa State College of Veterinary Medicine in Ames, IA. He was united in marriage on February 26, 1951 in Ames, IA to the former Helen Olson and they spent the next 58 happy years of their lives together. In March of 1951, Howard was drafted into the United States Army and served his country proudly for two years during the Korean War. After graduation in 1958, Howard and Helen settled in Newark, IL and in 1959 they moved to Oswego, IL were they owned and operated the River Heights Veterinary Clinic until their retirement in 1992.

Howard and Helen started the K & K Raiders 4H Club in Oswego. He was a leader for 10 years of the Kendall County 4H Leaders Association and past president. Dr. Koch was a charter member of the Kendall County Horse Association since 1965 and has served as President and was currently on the Board of Directors. The arena at the Harris Forest Preserve was named the Dr. Howard Koch Arena in Yorkville, IL. Howard was a past president of the Illinois Quarter Horse Association, the Illinois Veterinarian?s Association, and the American Landrace Swine Association. Dr. Koch was a National Director of the American Quarter Horse Association. Howard also raised and showed American Quarter Horses. He was a Director of the Kennel Club of Yorkville. Howard was a member of the Oswego Presbyterian Church in Oswego, IL. Dr. Koch was also a former director of both the Oswego Community Bank and the Kendall County Historical Society.

He was preceded in death by his parents, Amos and Lydia Koch; his brothers, Leland and Robert Koch; as well as a brother in infancy.

Funeral Services will be held at 10:00 A.M. on Friday, May 1, 2009 at the Oswego Presbyterian Church, 1976 Rt. 25, Oswego, IL with Rev. Terrance P. Hennesy, officiating. Interment will follow in the Oswego Township Cemetery in Oswego, IL.

Be the first to share a memory of Howard.