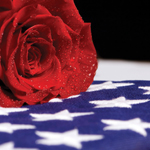 Irvin grew up on the 1500 block of Bosworth Avenue in Chicago, IL. He attended Saint Stanislaus Kostka Church and served as an acolyte for 7 years. He graduated from St. Stan’s grammar school in 1941. Irvin was also a member of the Catholic Youth Organization (CYO) where he played football, softball and basketball. Football became his passion. While attending Weber High School, Irvin was on the football team for four years, He started in the backfield and was moved to guard and finally linebacker position. He was named the MVP of the 1944 Catholic League City of Chicago Champions. Upon graduation from Weber in 1945, Irv was drafted into the U.S. Army and stationed at Fort Lee in Virginia. He served as a Corporal. After 2 years of military service, Irv was honorably discharged and accepted a football scholarship to attend what is now Saint Mary University in Winona, MN. Irv continued his football career and was named captain of the team in his senior year. In addition to football, Irv studied mathematics and earned a Bachelor of Science degree in that subject in 1951.

Irvin accepted a job at CNA Insurance Company in Chicago, IL upon his graduation. After working the various statistical positions, he was appointed Vice President of the Life and Health Claims Division. He retired under the same title in 1982 after 31 years of employment with the same company.

Services will be private.

Help tell the story of Irvin's life by contributing to the Life Event Timeline. Upload the photo of an event...

John Sheski posted on 11/4/19
My thoughts and prayers are with Mrs. Silchuck and the rest of Irv's family. Irv was a great guy and my only regret is that I didn't get the chance to work with him longer than I did.
Donald First posted on 11/2/19
Haven't seen Irv for decades, but he always had an influence on me. Best manager I ever had. Never talked to you behind a desk. Heaven is a better place.
Susan Caldwell posted on 11/1/19
I have many good memories of Irv, but this is one of my favorite ones. One time in a meeting, there were several Vice Presidents arguing. Irv, at that time, was a Sr. Vice President. He stood up in the middle of the meeting and asked “what kind of corporate attitude is this?” He then proceeded to remind them of their job accountabilities and corporate responsibilities to problem solve and work collaboratively with each other for the good of the company, employees and the customers. It silenced the whole room. Irv commanded respect but he mentored us with his empathy, his stories and his common sense management. There are people in business all across the United States who are successful because of Irv’s mentor ship. I am proud to be able to say I am one of them. He will be missed.
‹ ›
View All Condolences Post a Condolence
Nelson Funeral Homes & Crematory