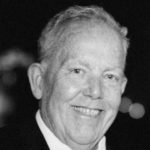 Joseph Edward Bidwill, known to many as Joe or “Biddy” passed away surrounded by his family early Wednesday morning on February 12th, 2020. He began his adventure on February 18th, 1954 in Oak Park, Illinois to Neal and Patricia (Moran) Bidwill.

Joe grew up in River Forest, Illinois where he attended S…read more

Joseph Edward Bidwill, known to many as Joe or “Biddy” passed away surrounded by his family early Wednesday morning on February 12th, 2020. He began his adventure on February 18th, 1954 in Oak Park, Illinois to Neal and Patricia (Moran) Bidwill.

Joe grew up in River Forest, Illinois where he attended St. Luke Parish School and Fenwick High School. While at Fenwick, Joe participated in many extracurricular activities including: Talent Revue, Men’s Chorus, Intramurals, Servers Club, German Club, Football, Baseball, and Tennis. His summers were spent at his family’s home on Lake Geneva where he enjoyed every water sport imaginable. Many of his winters were spent with his family in Fort Lauderdale, Florida where he attended winter school at Pine Crest School.

Following high school, Joe attended St. Norbert College where he graduated with a BA in Communications. Throughout college Joe was a member of the Tau Lambda Upsilon fraternity. He also played for and was a founding member of the Green Bay Rugby Club.

Throughout all of Joe’s school years he formed many valuable friendships which still endure today. Many of his friends have been by his side through his illness and continue to look out for and care for his family.

Joe met his wife Karol in 1971 when she began babysitting for his younger brother and sisters, Marty, Mary, Jane, and Kate. They started dating in 1975 and were engaged in 1977. They were married on August 12, 1978 at St. Benedict Parish in Fontana, Wisconsin.

Joe and Karol spent 24 years in the western suburbs of Chicago, many of them in Naperville. During this time, they welcomed four children, Kathleen, Connor, Arthur, and Kacie. Most of that time, Joe and Karol say they “lived out of a suitcase” traveling to all of their kids’ hockey and volleyball games, figure skating and dance competitions, as well as their school sports and activities. Joe spent many years coaching youth football and hockey. He was recognized as a “Coach of the Year” for the 1998-1999 season for the Northwest Hockey League. His kids say that much of their success in life is due to his dedication to supporting their many endeavors and hearing his favorite phrase of encouragement, “kick some ass!”

In 2002, Joe and his family moved to Fontana, Wisconsin to complete the dream of moving back to “the lake.” For many years, Sunday afternoons were his favorite times because he realized he didn’t have to pack up and go back to “the city.” Karol and Joe spent many Sunday evenings and Monday afternoons on their boat enjoying the peace of Geneva Lake during its less busy times.

While living in Wisconsin, Joe was a very active member of the community. He volunteered for the Walworth County Homeless Shelter, created a ministry to support the unemployed and underemployed who were affected by the recession of 2008, visited the Walworth County Jail and Huber Dorm spending time with inmates, and served on the Fontana Village Board. At the time of his passing, Joe was serving on the Board of Directors of Open Arms Free Clinic spending a year as the Board’s Vice President. He was also an active member of St. Benedict Parish in Fontana spending many years in the choir, with his specialty being the rain stick.

Joe’s career led him to working with many different people starting with his family’s business, The Pacific Company, a paving company in Broadview, Illinois and culminating with his most recent position in business development for Fairwyn, as a licensed Realtor in Lake Geneva. Joe’s success in real estate and sales is largely due to his exuberant personality and empathetic nature. He was always willing to go the extra mile for his clients.

Joe would say the accomplishment he was most proud of in life was his family. He took particular pride in his four grandchildren, JoJo, Mackenzie, Rylie and Charlie, and always looked forward to spending time with them.

Next came his extreme pride in his 28 years of sobriety, which he was not afraid to share with anyone. He has spent the last 28 years reaching out to others and helping them along their journey to sobriety.

Joe was also particularly proud of his Irish heritage. St. Patrick’s Day would always find him boiling brisket and remembering past traditions with his Irish friends and family.

Joe was committed to living an active lifestyle. He loved to cycle and swim and could be found at Geneva Lakes Family YMCA on a regular basis. His greatest athletic accomplishment was participating in the Swim 4 Freedom, where he swam from Lake Geneva to Fontana. The final year he participated was the summer of 2018 when he had already been diagnosed with pancreatic cancer. Though he swam a lesser distance, he was no less dedicated to the cause.

Joe lived his life as a true reflection of The Good Shepherd who puts others before himself and leads them to greener pastures. This started at home with his deep desire to provide for his wife and children – through working hard and teaching the value of hard work, loving fiercely, laughing endlessly, and supporting one another at all times. There wasn’t a day that he didn’t share how proud he was of his family or told them they are capable of absolutely anything. He helped build a family that believes in each other and that family is above all things. This was mainly due to his unwavering faith in the Lord and his belief that God always has a plan for us. Even though we don’t always know what that plan is, if we listen, He will provide. Joe also had an amazing capacity for forgiveness, believing that all people deserve to be forgiven.

Burial will follow at Roselawn Memory Gardens in Lake Geneva.

Memorials may be given to Open Arms Free Clinic by following this link:

Burial will be at Roselawn Memory Gardens