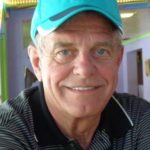 Len grew up in Hinckley, IL along with his 2 brothers, and 3 sisters.  During their childhood years, he…read more

Len grew up in Hinckley, IL along with his 2 brothers, and 3 sisters.  During their childhood years, he and his brother Bill had great fun playing pranks on their siblings and friends.

Len’s high school yearbook comments were “Wise, witty and full of fun, he’s made a friend of everyone.”

Unable to muster enough money for college, Len enlisted in the United States Air Force and received G.I. Bill money after discharge and worked 3 days a week while in college.  He started out majoring in Engineering and found it too boring so switched and received a bachelor’s degree in marketing.

Len began full time employment with Stanley Tools in 1971.  Not one to jump from one employer to another, he had two employers (Stanley Tool and Alcan Aluminum) during a 46-year sales career and was named top salesman of the year a total of 14 times.

During his career with Alcan, Len expanded their international sales from 1 country to 14 countries with a ten-fold increase in sales volume and developed a new sales division: Government / Public housing.  He loved training new sales people and sharing his knowledge.  His travels took him all over the world and he delighted in sharing stories of the places he visited with friends and family.

Ever the consummate handyman, there wasn’t anything Len did not try and fix or repair – and he was very fussy about his workmanship.  He was an avid baseball player, golfer, and marksman and was a devoted father and grandfather to his two girls Missy and Mindy and 4 grandchildren.

He was preceded in death by his parents, Lester and Henrietta Sprinkle; his sister, Denise Thurow; and his brother-in-law, Fred Huck.

Memorials in Leonard’s name may be directed to the Leukemia Foundation, Smile Train, St Judes Hospital, or the Animal Humane Society.

Help tell the story of Leonard's life by contributing to the Life Event Timeline. Upload the photo of an event...

Judy Calderon posted on 11/19/19
Len was a terrific guy with such a great personality. Always that big smile! I pray that his family and Dollie find solace and peace in their memories of their happy times together. Rest in peace, dear Len. Love and prayers for the repose of his soul, and to all those who loved him.
Barbara Jones-Reuler posted on 10/31/19
Leonard will be missed❤️ I want Dollie, Melissa, Melinda, Bill, Maribeth, Marva, John and the rest of the family know how truly sorry I am for your lost. I only knew him for a short time but felt like a lifetime. He fought so hard and loved life! Hugs!
Wendy Evans posted on 10/31/19
Leonard and I were best of friends. We met on Match.com and, surprisingly, we found out we had some things in common even though we lived quite a distance away from each other...Columbia, MO and Oswego, IL. One is that his aunt and uncle lived in Columbia, MO, my hometown, and his uncle and my father were best of friends. In fact, my father was one of his uncle's pall bearers. We also both loved golf and an avid spectator of football and basketball. We both bought homes in Arizona about the same time and spent time in the warmth of the Arizona sun. I got to know his sister Denise and brother-in-law Gene.It is apparent that he has a wonderful family. Len was so handy and could do absolutely anything. He was always so willing to help me which I appreciated immensely. I will always remember him lovingly as a great friend. RIP Dear Friend........
Darvin King posted on 10/30/19
Leonard, rest in peace. No one was a better friend, or cared more about others than you. We will miss your smile, your warmth, and your thoughtfulness for others. Anyone who spent time with Len, became his friend. Darv and Pat King
‹ ›
View All Condolences Post a Condolence
Nelson Funeral Homes & Crematory