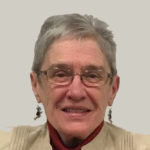 An amazing woman left the world far too soon in Marshfield, Wisconsin, on September 11, 2020, from congestive heart failure, which arose as a complication following a stem cell transplant to treat her multiple myeloma.

An amazing woman left the world far too soon in Marshfield, Wisconsin, on September 11, 2020, from congestive heart failure, which arose as a complication following a stem cell transplant to treat her multiple myeloma.

Pat Schuld was born to Wesley W. Krantz and Lois H. Krantz (née Spear) in Elkhorn, Wisconsin, on February 12, 1947, and grew up in nearby Sharon. She graduated from Big Foot High School as part of the Class of 1965. While there, she met her future husband and lifelong sweetheart, Robert A. Schuld, whom she married on August 24, 1968, after completing two academic years at the University of Wisconsin at Whitewater.

They embarked on a lifetime of adventures together, the first being while living in Chicagoland where Bob had begun work as an accountant for Amoco Corporation when she gave birth to a son, Derek B. Schuld, on August 4, 1972. He would be the couple’s only child, and she was always extremely proud of him in all that he did.

Beginning in 1975, Pat accompanied Bob on his work to spots across the globe first setting down in Trinidad & Tobago, and from there to Germany, Tunisia, the United Arab Emirates, the Netherlands, and Norway with a long stretch in between in Houston, Texas. Following Bob’s retirement from Amoco in 1999, the happy couple resided in Lake Delton, Wis., for nearly eight years before finally moving into their dream home in Minocqua. There, she became regularly active in the local Methodist Church, chairing the congregation’s largest women’s group while making many new and dear friends along the way.

An avid reader her whole life, Pat enjoyed fiction and non-fiction spanning all types of styles and subjects. She loved crossword puzzles and word games, playing cards with her bridge group or cribbage with her husband and son, cooking and dining out, and neighborhood walks. Later in life, she and Bob developed a love of embarking on ocean cruises and enjoyed many such vacations together.

Preceded in death by her parents, aunts, and uncles, she is survived by her husband Bob, son Derek and his significant other Melissa Bohse, first cousin Janet Vogt (née Krantz) and her husband Paul Vogt, and step-granddaughters Sara Guay (née Bolton), Krista Bolton, and Anna Artz (née Bolton).

A first visitation will be held at the United Methodist Church of the Pines, 415 Chippewa Street, Minocqua, Wis., on Saturday, October 17th at 10:30 a.m. with a memorial service to follow at 11:00 a.m. A second visitation will be held on Thursday, October 22, 2020 from 5:00 PM until the time of service at 5:30 PM at Toynton Walworth Funeral Home, 328 Kenosha Street, Walworth, Wis. 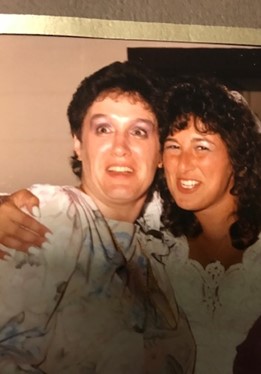 Eugene Wunderlich posted on 10/21/20
Dear Bob, It is with a heavy heart and extreme sadness that you lost your best friend. She was known and loved by many of people. She will be greatly missed. We had a lot of good times together sharing our lives in Carol Stream, Houston, Sharon, and then Minocquoa. The past years have been a struggle for both you and Pat as she fought against a vicious and malicious disease, which has no mercy for who it attacks. Please accept my sincere condolences. Dinger
View All Condolences Post a Condolence
Nelson Funeral Homes & Crematory