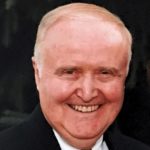 Raymond Lett, age 86 of Plano, Illinois passed away on January 5, 2021.  He was born on December 16, 1934 in Sandwich, IL the son of Charles and Martha Lett. Ray was united in marriage on August 20, 1956 in Forest City, IA to Sharon A. Trail and they spent 54 happy years together until Sharon passed away on September …read more

Raymond Lett, age 86 of Plano, Illinois passed away on January 5, 2021.  He was born on December 16, 1934 in Sandwich, IL the son of Charles and Martha Lett. Ray was united in marriage on August 20, 1956 in Forest City, IA to Sharon A. Trail and they spent 54 happy years together until Sharon passed away on September 9, 2010.  Raymond then, was united in marriage to Roycana “Royce” Potter on March 8, 2014 in Warrenton, Virginia and they spent 4 happy years together until Roycana passed away on December 5, 2018.  He was a loving husband, father, grandfather and friend who will be deeply missed.

Raymond began his career as a County Extension agent in Allamakee County in Iowa.  He became the Vocational Agriculture high school teacher in McGregor, Iowa where he taught for three years.  Then he returned to his family farm in Sandwich, IL where he was a bi-vocational farmer and Vocational Agriculture high school teacher in Sandwich.  In 1965, Ray became the Agriculture Stabilization and Conservation Services (ASCS) County Executive Director in Kendall County and then he became Area Director where he was selected in 1970 to be the State Director of ASCS for Illinois and he relocated with his family to Springfield, IL.

In 1974, Ray became Deputy Director of the Illinois Department of Agriculture. Highlights were that Ray led in 1978 the first official delegation to the People’s Republic of China shortly after China opens its borders to the Western World. The delegation promoted trade with the United States and shared agricultural technology to enhance food production in China. In 1981, Ray was selected Executive Assistant to the Secretary of Agriculture, John R. Block where he served for four years. Highlights are Ray led a trade mission between the United States and the Asian world, which included the Philippines, Singapore, Thailand, Indonesia and Malaysia. Also, Ray was V.P. of the International Christian Fellowship over the National Prayer Breakfast ministries in Washington, D.C. In 1985, Ray directed the visit of President François Mitterrand of France to the U.S.

Ray became Assistant Secretary for Marketing and Inspection Services and than the Special Assistant to the Secretary of Interior for International and Trust Territories where Ray made frequent trips to Asia.  Ray completed his career as a consultant to the Oceanic Institute in Hawaii.  Raymond and Sharon were life long Sunday School teachers together.

He is preceded in death by his 1st wife Sharon Ann Lett, his 2nd wife Roycana Potter Lett and his parents Charles and Martha Lett.

Memorials for Raymond may be directed to: Intervarsity Christian Fellowship

Ray loved the book, Heaven by: Randy Alcorn.  This book helped him through the passing of his loved ones.

Help tell the story of Raymond's life by contributing to the Life Event Timeline. Upload the photo of an event...

Dianne Dempsey posted on 1/9/21
Ray was a kind and caring neighbor who will be missed. With deepest sympathies to his family. The Dempsey’s
PATRICIA HOWARD PEEBLES posted on 1/9/21
Thank you for allowing me to join the service by video honoring my friend, Ray. It was such a joy to see him many times since our common days in VA (Columbia Baptist Church) together. It was a joy to know both he and Sharon these many years. God Bless the Family as you go onward without him and his wisdom.
‹ ›
View All Condolences Post a Condolence
Nelson Funeral Homes & Crematory